The spiritual heart of Kyoto Discover the creative joys of Kyoto

#01 Kira Karacho Blue: the beauty of prayer, the light of life

#02 Calligraphy artist: Tomoko Kawao Living calligraphy that evokes imagery of that which cannot be seen

#04 Guitarist: Akihiro Tanaka A sublime sound that resonates with the joy of travel

#05 Keibunsha Books that are beautiful to behold, to pick up and to read 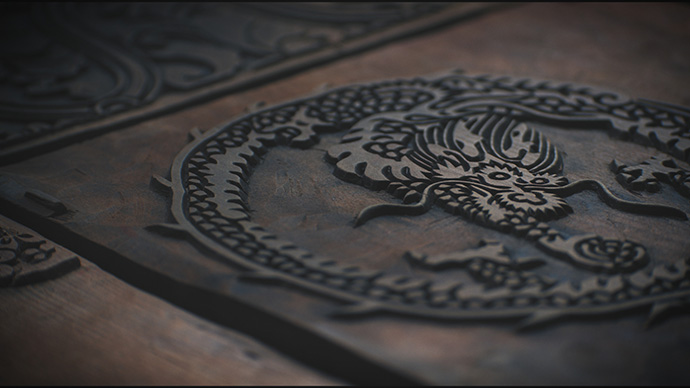 Blue: the beauty of prayer, the light of life

A fusion of karakami (Chinese paper) and artFounded in Kyoto in 1624, Kira Karacho is the only studio in Japan specializing in karakami to have survived nearly 400 years to the present day. Akihiko Toto is the pre-eminent exponent of artistic expression employing karakami. In his bid to fully explore the possibilities of its artistic expression, he has invented unique artistic techniques such as shifuku-suri and fuki that combine stippling and the tarashikomi dyeing technique, and involve applying the dye using the fingers. His strikingly deep blue karakami, dubbed Toto Blue, harbors poetic spiritual sensibilities created in combination with all the spirits and deities. He is in great demand from shrines and Buddhist temples all over Japan, not just in Kyoto, and is frequently featured in art shows. He carries on the tradition of karakami art that can be traced back to the ancient Heian period (794-1185) while at the same time producing thoroughly modern and unique works in this medium.

Living calligraphy that evokes imagery of that which cannot be seen

"Calligraphy is her mission in life."Kawao has been entranced by the depth of calligraphy since she began studying it at the age of six, and has devoted her life to this art form. She has won countless awards in Japan and elsewhere. In addition to her artworks, she has made numerous media appearances with performative expression, including at the Rugby World Cup and on the BBC and NHK networks, to great acclaim.Kawao's piece at RIHGA Gran Kyoto are inspired by the notion of reliving old memories in the richly historical city of Kyoto while at the same time pursing a unique, distinctive, lighter and more playful approach to the passage of time.

SOU･SOU is a Kyoto-based textile design brand inspired by the concept of creating a new form of Japanese culture. SOU･SOU actively embraces traditional materials and techniques in the creation and sale of products that are perfectly suited to various lifestyles. SOU･SOU has designed an exclusive range of room-wear items and sandals for guest rooms, bathrooms and restaurants at RIHGA Gran Kyoto.

A sublime sound that resonates with the joy of travel

The distinctive mellow sound of a delicate finger picking guitar technique coupled with an exquisite performance technique that marries the sound to the soul. Winner of the Grand Prix award in an international guitar contest, Tanaka hails from Kyoto and lives here to this day while performing regularly in Japan and around the world. He has created a number of enchanting original melodies for solo acoustic guitar exclusively for RIHGA Gran Kyoto. Inspired by the concept of Kyoto Mood and featuring occasional dramatic flourishes, these provide a soothing and relaxing soundscape for guests to enjoy. 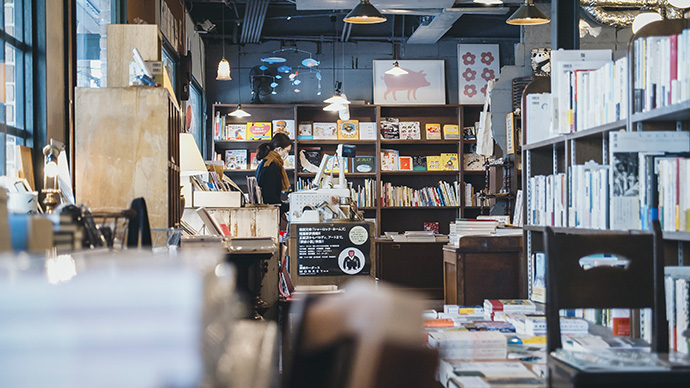 Books that are beautiful to behold, to pick up and to read

The Keibunsha outlet at Ichijoji in Kyoto is the only Japanese bookshop to feature among the ten most beautiful bookshops of the world as ranked by UK newspaper The Guardian. In addition to showcasing new titles, it features a selection of books individually recommended by the staff, thus establishing their unique world view. For RIHGA Gran Kyoto, Keibunsha has compiled an eclectic selection of books for the lounge library, including novels, essays, art books and photo books, chosen especially for their interesting or engaging covers that invite you to take a closer look. The collection promises something to excite the imagination and fire the intellect of every guest.

Tanzan Sake Brewing was founded in 1882. Located in the upper reaches of the Arashiyama district of Kyoto with access to fresh water supplies and fertile soil, Tanzan has been producing quality sake for nearly 150 years. Tanzan supplies a selection of the finest Japanese sake varieties that are particularly popular with women, made from rice carefully cultivated by fifth-generation owner Nagisa Hasegawa. A colorful evening spent enjoying Tanzan sake with friends and family will be a highlight of your stay in Kyoto. 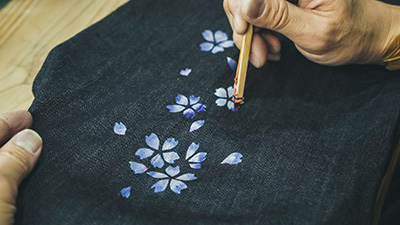 A modern take on the Kyoto tradition of stylish dressing

Kyoto Denim has been producing kimonos since the Edo period (1603-1868). This unique brand is the only one in the world to apply traditional kimono dyeing techniques and craftsmanship called kyoyuzen and kyokomon to denim. Kyoto Denim supplies materials for the stylish uniforms worn by RIHGA Gran Kyoto staff, ensuring that guests are welcomed with a distinctively Kyoto feel. 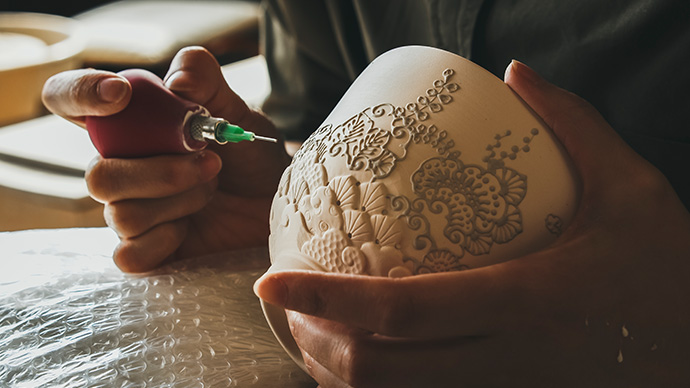 Higashiyama in Kyoto is the birthplace of Kiyomizu-yaki pottery. In the Chawanzaka (Rice Bowl Slope) shopping district, you will find the craft shop Asahi Toan, which stocks a range of unique and engaging pieces made by a select group of up-and-coming Kiyomizu-yaki potters. Their masterpieces of creativity are beautiful to behold and will add a touch of flair and beauty to your stay at RIHGA Gran Kyoto as they arouse your creative sensibilities.